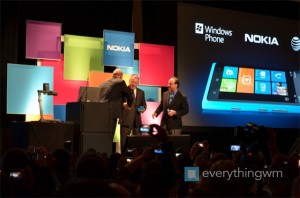 At Microsoft’s Worldwide Partner Conference, Microsoft CEO Steve Ballmer brings back memories of the competitive history between Microsoft and Apple. That competitive battle especially reached a peak in the 1990’s between Microsoft’s PC and Apple’s Mac systems. Now, Ballmer is bringing it all back, saying “we are trying to make absolutely clear we are not going to leave any space uncovered to Apple.”

Ballmer elaborates on his statement throughout the interview with CRN, stating that nothing will be left for Apple to easily compete in as long as Microsoft is around.

“Not the consumer cloud. Not hardware software innovation. We are not leaving any of that to Apple by itself. Not going to happen. Not on our watch.”

At the moment, Microsoft is set to release Windows 8 and Windows Phone 8 later this year. Sometime in the coming years, earliest next year, the next Xbox entertainment console will also be released by Microsoft. Microsoft is ready to compete with all their products, that’s for sure.