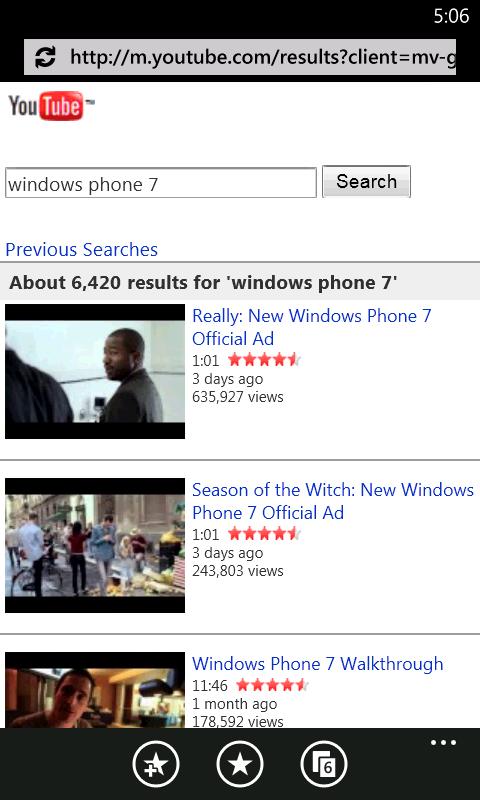 Microsoft filed an antitrust suit against Google in Europe today, and as part of that they leveled a complaint at the search engine giant, blaming the frankly underwhelming WP7 YouTube app on them:

Second, in 2010 and again more recently, Google blocked Microsoft’s new Windows Phones from operating properly with YouTube. Google has enabled its own Android phones to access YouTube so that users can search for video categories, find favorites, see ratings, and so forth in the rich user interfaces offered by those phones.  It’s done the same thing for the iPhones offered by Apple, which doesn’t offer a competing search service.
Unfortunately, Google has refused to allow Microsoft’s new Windows Phones to access this YouTube metadata in the same way that Android phones and iPhones do.  As a result, Microsoft’s YouTube “app” on Windows Phones is basically just a browser displaying YouTube’s mobile Web site, without the rich functionality offered on competing phones.  Microsoft is ready to release a high quality YouTube app for Windows Phone.  We just need permission to access YouTube in the way that other phones already do, permission Google has refused to provide.

Is this Google attacking Microsoft over Bing? Or an attempt to undermine an up and coming smartphone platform? Either way, it’s pretty shady.