Nokia has scheduled a party in Cologne for August 17th, calling it a “Nokia and Microsoft Party” with the Windows Phone logo clearly at the bottom of the invite. One would think the two would use a larger stage for the announcement of the first Nokia Windows Phone, which now has been codenamed Sea Ray. This might however be some sort of advanced preview, offering us a further look at what’s coming. Nokia hasn’t been very secretive when it comes to handling upcoming devices. 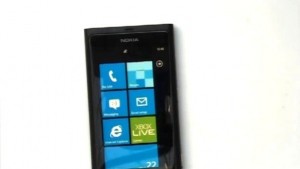 You’ll recall last month, Nokia’s CEO politely asked a crowded room to turn off their cellphones. Of course, that provided us with a first look at the Sea Ray. 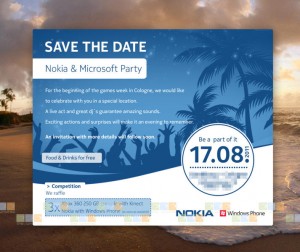