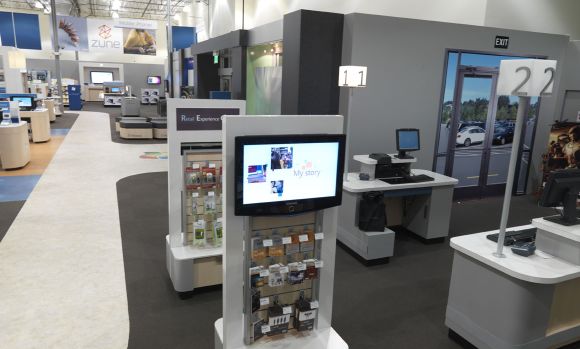 Microsoft is working with carriers to implement the whole store within a store system, similar to small Apple-designated areas already found in existing Best Buy stores. Apparently, this system from Microsoft is going to be implemented first in Germany, starting next month.

The specific store within the larger store will have a dedicated Windows Phone wall, posters, specific guidelines and in-depth information on all devices available. Retail and carrier stores who receive these mini stores will also be prioritized with shipments of new devices and information. Microsoft implementing this store system will also save money and time, instead of launching dedicated Microsoft stores in every location desired.

The implementation in Germany, at the moment, will only involve 4-5 retail/carrier stores where Windows Phone has been selling extremely well. The store implementation system in Germany will begin sometime in July, and more information is sure to come as the moment approaches.

Hopefully, this is something that will be implemented in all stores worldwide over time.