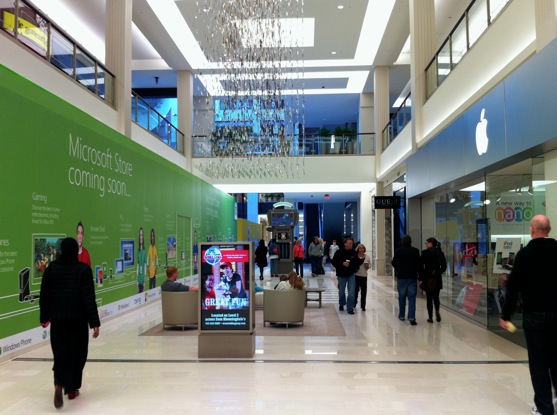 In what can only be described as a perfect storm of rampan over-consumerism, Microsoft is constructing a store directly across the hall from Apple in the biggest mall in the United States: the Mall of America. In a tidal wave of consumerist excess, a Microsoft store is currently being installed directly across from one of Apple’s many glass boxes, and the Microsoft one is set to be the far, far larger of the two.

I hope that both of these retail locations can handle this with aplomb, and that we’ll see hilarious pranks and troublemaking going on between the two.