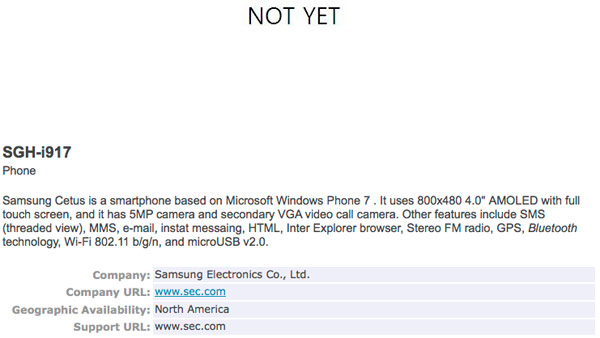 Samsung’s first entry into the world of Windows Phone 7 has been revealed via Bluetooth certification. Technically named the SGH-i917, Samsung has decided to call it Cetus, after the constellation/sea monster. In case you were wondering, it’s pronounced like Setus, not Ketus — unless you’re going back to the original Greek.

What do we know about the phone? Here’s what the Bluetooth product page described:

Four inch screen! Nice! Unfortunately, there aren’t any photos of it yet, but you can be assured that this is only the first of many devices from Samsung.