Hopefully, WP7 won’t be limited to just cellphones, and UI Centric have put together a user interface that shows just how good it could be on a tablet. Dubbed “Macallan”, it’s designed from scratch but is heavily influenced by traditional WP7. Their UI offers:

They’re planning on licensing it out as an “off-the-shelf” solution, with the first round of devices landing in Q3 2010.

The interface does look incredibly impressive, but color me a little skeptical. People have been promising big things from tablets for a while, with a new iPad killer getting announced every week. I’ll believe it when it arrives in stores. 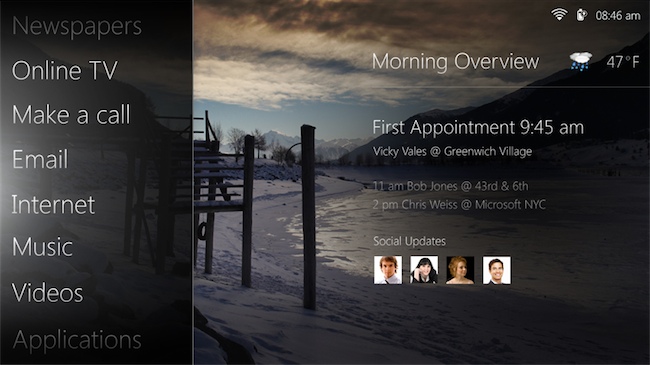