Home > Apps > Looking to make noise with your Windows Phone? Nokia has some applications just for you

Boc Ly, over at the Nokia Conversations blog, suffers from lack-of-instrument-talent like many of us in the world. That lack of talent has us resorting to easy alternatives, such as our smartphones. Mr. Ly not only put together a selection of instrument applications available on the Windows Phone, but these instruments are unique in their respective ways.

Click the title of any of the applications listed below and you will be taken to the Windows Phone Marketplace download link. 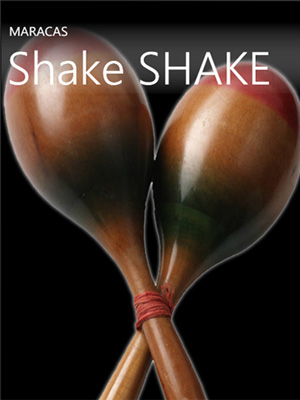 I used to play the maracas in my school’s percussion group when I was about six. So, you can imagine the waves of nostalgia that swept over me when I saw this app in the Windows Phone Marketplace.

I couldn’t keep to a rhythm back then, and unfortunately not much has changed.

Shake your Lumia to play the maracas.

The 2010 World Cup in South Africa gave us many things – great football, excitement, drama and worthy winners in the all-conquering Spanish team.

But don’t forget the noise. Yes, the greatest legacy of the 2010 World Cup was the droning and persistent call of the vuvuzelas.

Hated and adored in equal measure, blow into the bottom of your Lumia to remind yourself that there is a very fine line between music and noise.

What’s the difference between a piano and a harpsichord? Why have I banned piano apps but included this? Hmmm.

With proper instrument apps (with apologies to the maracas and the vuvuzela but they are rather limited, musically-speaking) there is the potential to create something genuinely musical. Unfortunately, it just leads to greater frustration when you can’t play it like Beethoven.

Another one that brings back a lot of school memories.

I think the xylophone strikes the perfect balance between being a proper instrument for accomplished musicians and also being great fun to play for amateurs.

The chimes are so inherently pretty that you can hardly fail to create a sweet melody even when you are just tapping at random.

Plus, it comes in pretty colours.

Now, we’re talking! Lovers of psychedelic and prog rock, your prayers have been answered.

Famously, the Theremin is an instrument that you play without even touching it. Very spooky. On this version, you can select your waveform, the pitch and then tilt your Lumia from side to side until you get the desired sound.

Beware, this is great fun, but the Theremin can, on occasions, make the vuvuzela sound mellifluous.

No one can resist having a go on the bongos, so why deny yourself the pleasure on the Lumia?

Tap the side and the top of the bongos to get a beat going. This app also includes a whistle just for a bit of variety.

What’s really great though is that you can record your beats within the app and then play another layer of beats on top of your recorded effort. So you are playing accompaniment to yourself.

The ocarina is an ancient wind instrument, much like a flute, but this modern version on your Lumia comes with fairly sophisticated controls.

You blow into the Lumia’s microphone to create a tone, and control volume by raising and lowering the opposite end of the phone. You can also tilt your Lumia towards the left to add a vibrato effect.

Master the technique and you can create some really soothing melodies.

So, finally, we come to the greatest instrument of them all, your voice.

Use this app to record yourself singing and then you can alter the pitch of your voice, from grand and deep to high like a chipmunk.

You can also add echo and, if you’re really pleased with it, play it on a loop. Is there anything we like more than the sound of our own voices?

I personally had no idea all these applications were available on the Windows Phone Marketplace, so I wanted to share them with all of you too. The Theremin7 application got my attention the most, so I’ll be checking that application out.

Any sound/instrument applications you have on your Windows Phone that aren’t listed? Tell us about them in the comments below!