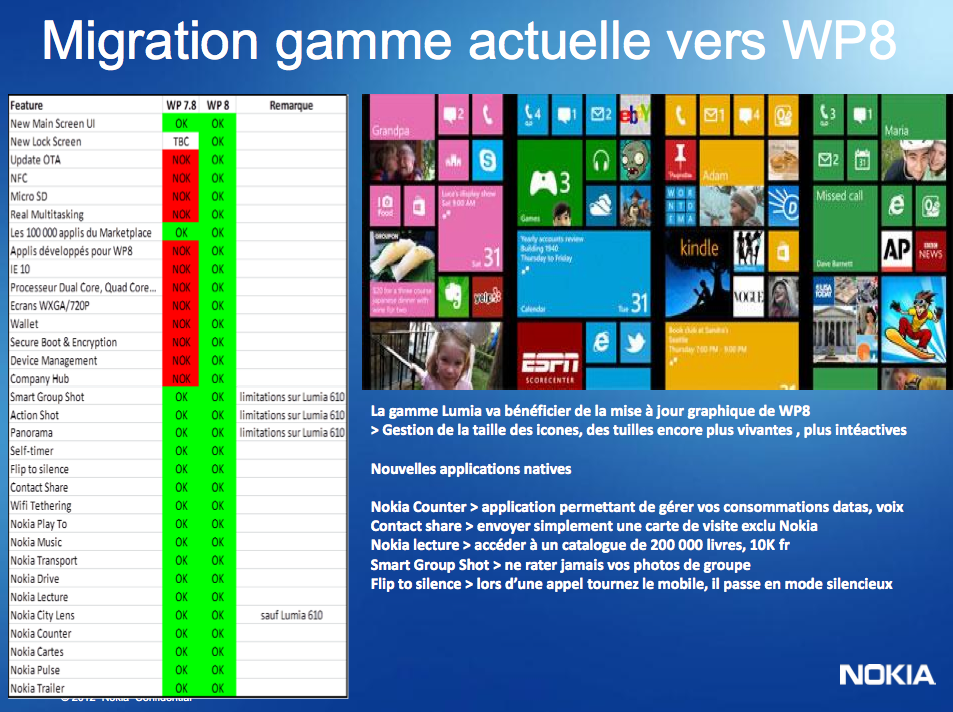 From the look of the document and the way it is formatted, it seems features are either green-lighted “OK” or “NOK”, meaning not included. The customizable lock screen feature on Windows Phone 7.8 is marked as “TBC” which we assume indicates something along the lines of To Be Calculated/Completed.

This document is definitely not comprehensive and most likely lists features only of interest to Nokia for future device development. With that in mind, here is what won’t be available on Windows Phone 7.8 based on the document: