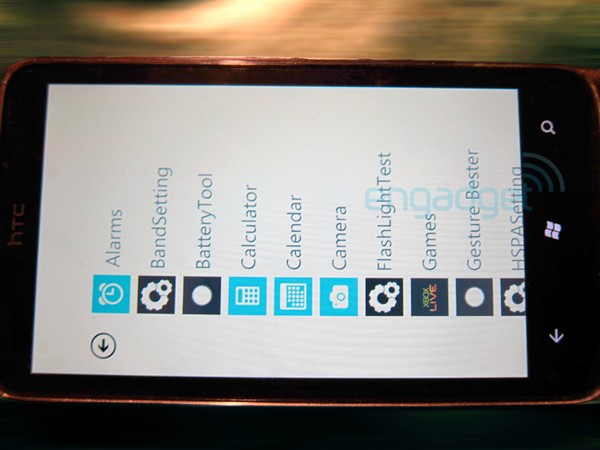 Engadget got hold of some shots of a new, mysterious HTC WP7 phone. No one definitively knows which model it is, though it might be the HTC Spark. Even though HTC has stated they’re planning on using the Sense UI, this phone appears to be using the standard WP7 interface, most likely a developer build.

This candybar phone has an 8-megapixel camera, three touch-sensitive buttons under the screen, “hardware is ready.” Apparently HTC is talking to two carriers to stock the phone — Verizon and possibly Sprint.

While details remain tantalizingly brief, this is certainly enough to get our appetites whetted. We’re finally starting to see what these devices will look like, and what will be arriving on the shelves. 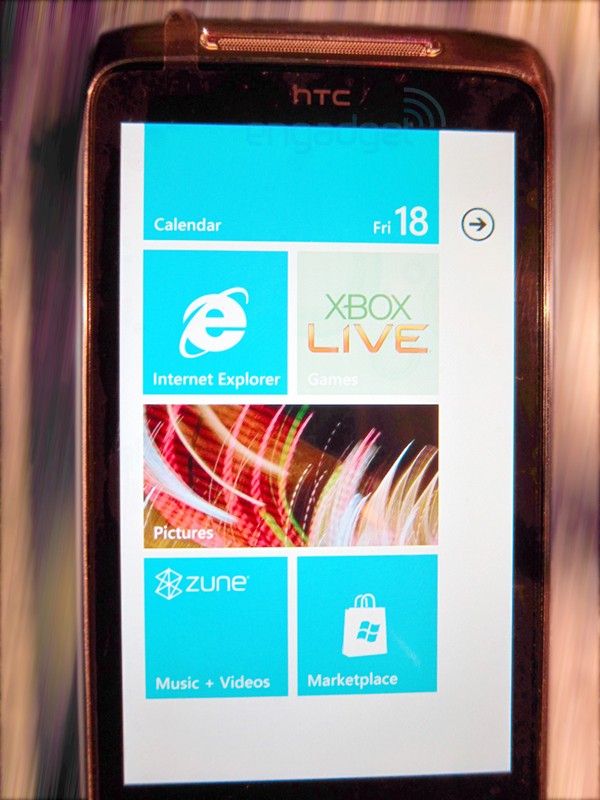