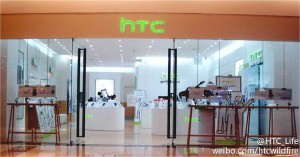 Known to many as the HTC Titan, it will arrive in China as the HTC Triumph soon. Over the weekend HTC opened their first Chinese flagship store in Beijing, and was accompanied by pre-order availability for the HTC Triumph. The Triumph is priced at ¥4,399 (~$700) sans contract.

The price puts the device at the high-end market in China. HTC informed Engadget that the device will also release with Windows Phone Tango on board. Due to Chinese regulations however, Facebook and Twitter integration will be replaced by local Sina Weibo and Tencent Weixin. Other than the name, Tango on board, and alternate integration, the HTC Triumph sports the same specifications at the HTC Titan: 4.7″ Screen, 16 GB internal storage, 8MP camera, and 5.6 oz. weight. 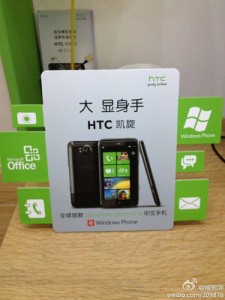