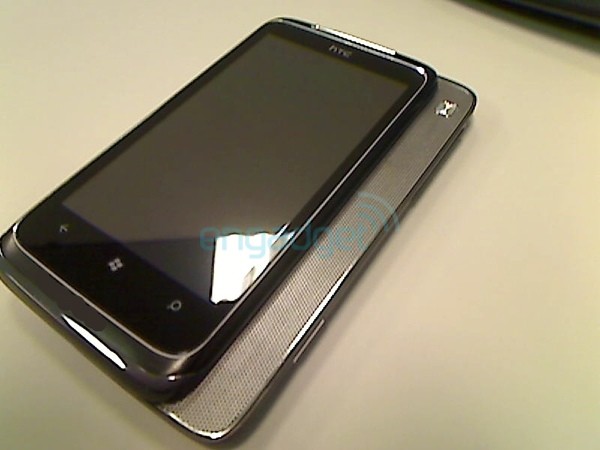 Engadget, who are rapidly proving themselves kings of the WP7 leak, have obtained shots of the HTC T8788, though we don’t know anything about it. We assume it’ll get a more memorable name by the time it comes to stores, and it certainly looks sweet. The most obvious feature of this model is that it has a slide-out back, but instead of the usual speaker that you see on most devices, instead out pops a speaker. Combine it with a kick-stand of some sort, and it’ll double as a pretty good portable media player.

I’ve got to say, this is one of the better looking WP7 phones we’ve seen.