The sequel to one of the best Xbox LIVE games on the Windows Phone, geoDefense Swarm is now available on the Windows Phone marketplace. For the price of $2.99, you can get your hands on the sequel to the original geoDefense game. If you are unfamiliar with the original, geoDefense is a tower defense style game where you play to kill waves of enemies who follow a given path. Around that path you must place tower defenses which attack the enemies as they come through. If the enemies reach the end of the road without dying, you lose lives (game mode dependent).

The game of geoDefense looks great, is great fun, and will be difficult to put down once you pick it up. With the sequel, geoDefense Swarm, you are guaranteed this time there will be more mayhem and content. Initial reviews on the Windows Phone marketplace are already glowing with solid 5 out of 5 star ratings for this game.

GeoDefense Swarm is published by Microsoft Studios with a release version of 1.0.0.0 and small download size of only 4 MB. Supported languages for geoDefense Swarm at the moment are the following: Deutsch, English, Español, Français, and Italiano. As with all Xbox LIVE games, you can download the free trial of geoDefense Swarm to give this tower defense game a try before you decide to drop $2.99 on the full version.

geoDefense Swarm takes all the dizzying vectorized visuals, vexing challenges and highly kinetic addictive gameplay from the original, and changes the equation – instead of defeating creeps along a pre-defined path, geoDefense Swarm challenges you to use your creativity, building mazes for the creeps to navigate across obstacle-laden open levels.

With the ability to compete for the high score with friends on the leaderboards and exclusive Xbox LIVE achievements, this is a tower defense game like no other! 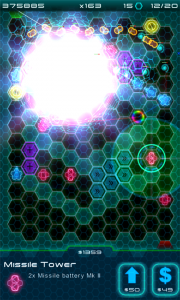 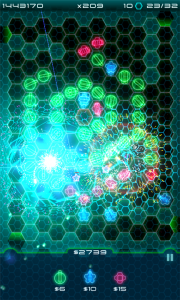 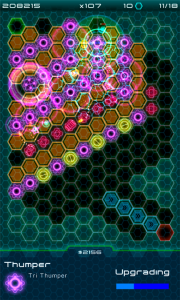 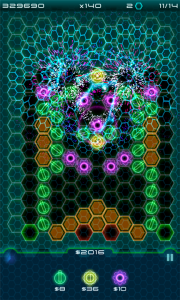