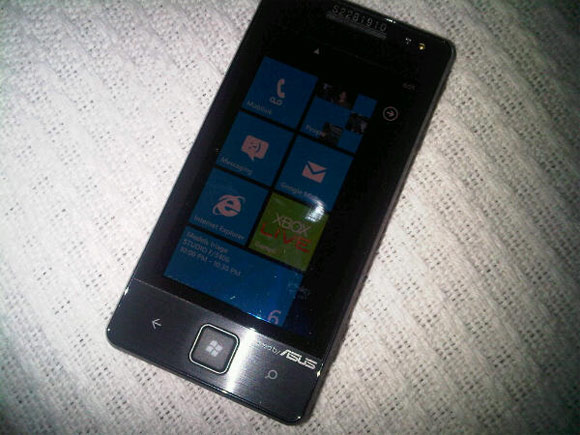 This leaked shot looks like it’s the first Asus WP7 phone, and it was taken by a Pakistani twitterer. And, we don’t know anything about it, this shot is all we have. Looks good, though, doesn’t it? We don’t know if this is a field-tested model, a pre-production version or what. It does seem to have a front facing camera (which was mentioned in the description of the Samsung Cetus.) And man, those buttons look sweet, what with the brushed metal and all.

Bring on the WP7 phones!