This week brings Mix 11′, a developer conference where you’ll find a major focus on Windows Phone 7. Brandon Watson, who is the Director for Windows Phone 7, spoke about the conference this weekend on the official Windows Phone Radio podcast. Watson addressed the ChevronWP7.Updater situation, where he confirmed that Microsoft’s stance was not FUD. 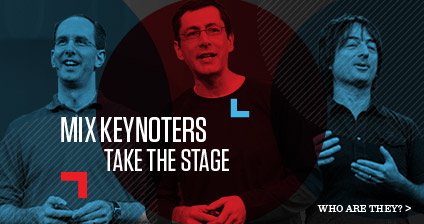 “The net result is that it [the updater tool] was putting phones in a state where they couldn’t be updated from us [Microsoft]. They could be updated, but beyond that, they would not be updatable.”

In speaking about MIX 11, Watson said the conference was primarily for developers. Of course, we take that as code for “don’t expect any major announcements that would excite end users”. Let’s face it, any Microsoft event where WP7 is a big focus, will be big news. Look for news on Mango, since that most definitely affects developers. If and when news breaks, we’ll bring it to you.