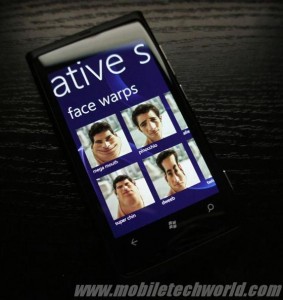 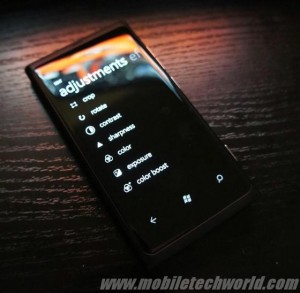 Nokia has released yet another Lumia Windows Phone exclusive application, this time it’s Nokia Creative Studios. Nokia Creative Studios is Nokia’s version of a photo editing application. One of the first noted features of the application is the fact that users can take panoramic pictures. Hopefully, this isn’t the supposed panorama mode Damian Dinning hinted at previously, that would be a disappointment. The application gives users the ability to add some effects, along with basic functions such as crop, sharpen, exposure, etc. It is also integrated with the Windows Phone OS in the sense that it provides direct access to all albums and photos in your Pictures Hub.