Droplitz Delight is now available on the Windows Phone marketplace for $0.99. Droplitz Delight is an enjoyable game indeed, it has a quick pick up and play setup, and is a very challenging twist to any traditional “pipe game” where you must get an object from start to finish by manipulating the given paths.

This Xbox LIVE game is published by GameHouse Live and is released under version 1.0.0.0. The download size comes in at 9 MB and supports the following languages: Deutsch, English, Español, Français, Italiano, polski, and Português.

Can you save the Droplitz? Spin and twirl dials to make paths and help these adorable misfits to safety. There are twists-a-plenty in this humorous carnival of addictive puzzle action! Droplitz Delight ‘revolves’ around you. Think strategically and work quickly. Don’t let your paths drip dry. Spin dials to form paths from top to bottom. Make multiple paths to increase your score and help the Droplitz multiply. Master Chain Reactions for massive scores. Never give up, never surrender!

Visit 6 colorful worlds in 4 brilliant modes. Set the Droplitz free in progressively harder levels with Target Quest. Jump in and challenge the original gameplay in Classic. Play to your heart’s content in Free Play. Get the highest score you can in just one minute with Droplitz Dash.

Beginners can find solace with single dropper levels, a quick tutorial, and even hint buttons during gameplay. With more than 40 levels, trophies, and competitive high score tables, Droplitz Delight will have you captivated! 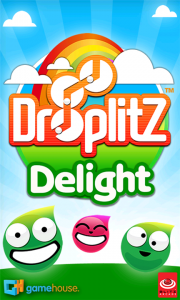 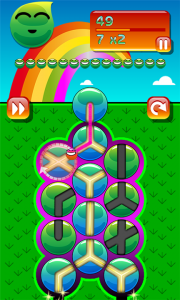 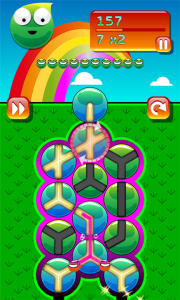 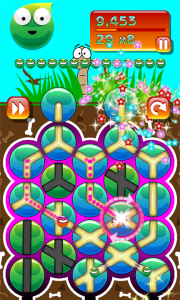 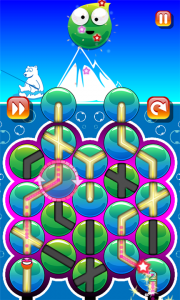