When Microsoft announced the OEM partners for Windows Phone 7, Dell was among the group that would deliver the first handsets. Initially available for T-Mobile, a version of Dell Venue Pro would later be released that would support AT&T bands. Unlike other launch partners, the Dell Venue Pro wasn’t made available for sale in traditional brick and mortar stores. It was also the only device among the group that featured a portrait slider keyboard. Dell recently reduced the off-contract price to $299, making it a good time for everythingWM to put it through the paces. Read on for our complete Dell Venue Pro review. 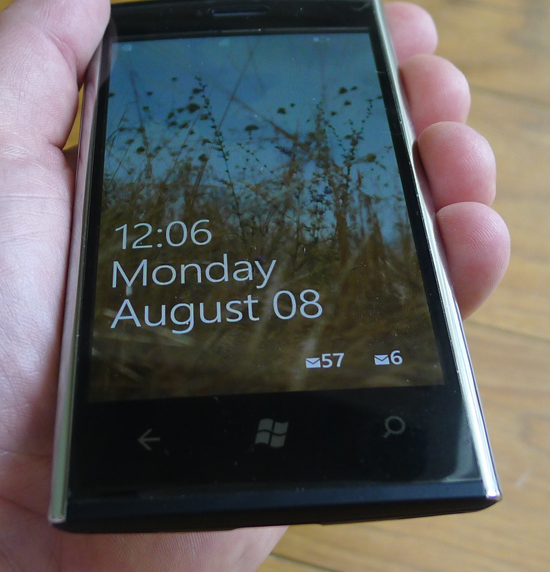 Out of the box
Packaged in a diminutive black box, you immediately get the sense this is a high end product. Not everyone cares about packaging, but there is something to be said from end to end experience and first impressions count.

Hardware
The first thing you notice about the Dell Venue Pro is the look and feel of the hardware. The front design of the phone is minimal, with a nicely sized 4.1 inch AMOLED display surrounded by a mix of silver and black. The display itself is curved, which lends to the good looks of the phone. The curved silver sides of the phone accent the clean looks of the device. Buttons for volume up/down and a dedicated camera button are on the right side. If you are new to Windows Phone 7, the dedicated camera button makes it easy to take photos when the phone is in sleep mode, in roughly 3 seconds. The familiar three buttons found on all Windows Phone 7 devices adorn the bottom portion of the device. The design of this phone is a refreshing break from the parade of black plastic slab devices. 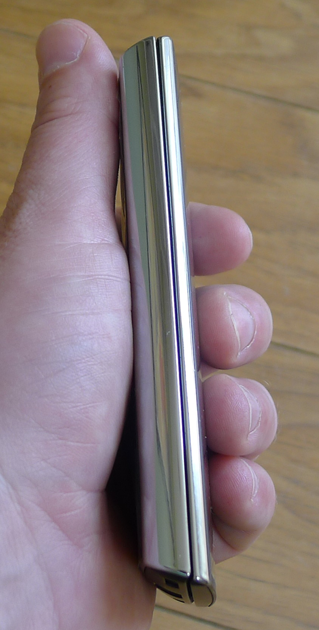 On the back is a shiny black plastic with a silver Dell and Windows Phone logo, which a diamond pattern throughout the background. The top and bottom of the phone are angled, making the DVP less of a cookie-cutter design. The top of the devices reveals the 3.5mm headset jack and the power button. The headset jack insert is silver, which again is a nice touch and shows Dell’s attention to detail. To power on the device, it requires you position your thumb higher on the screen in order to access with you index finger. The button is easily accessible and I had no issues powering up the device. The bottom portion of the phone shows us the microUSB and silver mesh covers the stereo speakers. 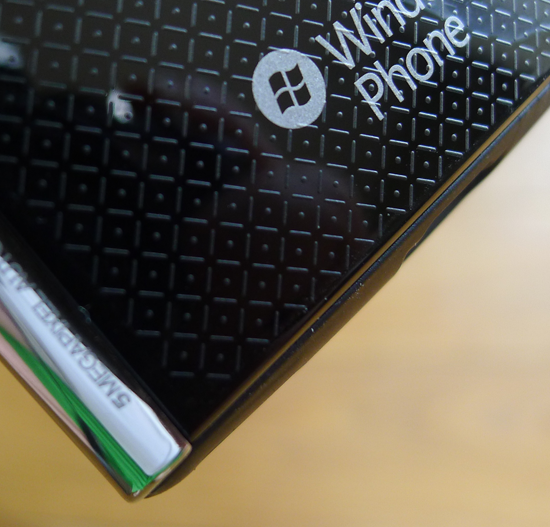 Sliding the device front upwards reveals a full portrait QWERTY keyboard. The sliding mechanism is solid and felt like it would not develop any sort of issues that have plagued devices like the Palm Pre. Despite having a full QWERTY, users don’t have to be constrained to just one option.

Despite a good amount of plastic, the Dell Venue Pro doesn’t feel cheap. In fact, it’s quite the opposite. Any compromises were likely made to reduce the weight of the phone, rather than to cut corners. Materials were a cut below the iPhone 4, but a necessary decision. I cannot imagine carrying a phone that is heavier than the Dell Venue Pro. Now I know how Michael Douglas felt in the original Wall St. movie. All kidding aside, those considering this phone should be prepared for some bulk. The Dell Venue Pro weighs 6.8 oz. To give you an idea of the heft of this phone, here’s a quick look at other phones and their respective weights.

For some, the bulk will give the phone a feeling of it being more solid. Some might find it unwieldy. I fall somewhere in the middle. I like the solid feel. On occasion, I actually felt some strain in my right forearm, while using my left hand to tap on the screen. Fully extended, the phone can become slightly top heavy while using one handed operation. Typing can be done using either the onscreen keyboard or the slide-out portrait QWERTY. Windows Phone 7 has an excellent on-screen keyboard, but those who enjoy a more tactile experience will swoon over the physical keyboard. For me, it’s the perfect execution of a portrait keyboard. The layout provides ample space, but feels comfortable. The keys are snappy, tactile and the edges of the phone don’t impede my typing at all. The experience is extremely ‘tight’ and well executed. Depending on your comfort level, you have the option to use either the onscreen or physical keyboard. The latter does not work in any capacity for shortcuts. For example, you cannot type ‘s’ from the application menu and find your way to settings. Sliding open the keyboard will power on your device, but not still require you slide up to bring the live tiles.

Microsoft has specifications that all manufacturers must meet, so specifications don’t vary much between Windows Phone devices. The intent and ultimate result is a consistent experience for end users. One main area where there is a difference is RAM. Early reports had the Dell Venue Pro having 256MB, half of what’s included on the Samsung Focus, HTC Trophy and others. Using the free Windows Phone Marketplace apps Device Info and System Information, the DVP showed 480MB of RAM. Running Windows Phone 7 NoDo, the Dell Venue Pro is plenty snappy. When the Mango update is released, it’s my understanding that the method in which the OS freezes or tombstones apps reduces the memory allocated to open apps. The included memory on board should be sufficient. Powering the DVP is a 1Ghz Snapdragon processor. On any Windows Phone, the capacitive touch buttons on the front are critical to navigating through phone’s OS and they were very responsive. Unlike the Samsung Focus, there is no haptic feedback. You can purchase the phone with either 8GB or 16GB of storage. It is possible to upgrade the storage using a 32GB microSD card, but it will void your warranty.

Earlier versions of this phone had issues with the WiFi locking up. The model tested shipped with firmware version 2250.1800.7392.212. I had no issues with dropped WiFi or locking. During my tests, I had a full signal. Connecting to previously found networks took about 3 seconds. I did experience issues with Bluetooth not reconnecting after previously pairing with my car, although this could certainly be caused by having an older vehicle. Call quality via Bluetooth did not seem on par with the Samsung Focus. Acceptable, but not as good as on the Focus.

The display on the phone is a 4.1 inch AMOLED constructed of Gorilla Glass. Gorilla Glass is highly touted as scratch resistant. Not an invitation to pocket your phone with a set of car keys, but you should have some added comfort knowing it’s designed to be scratch resistant. There is a slight curvature to the display, which didn’t affect usability in any noticeable way.

Camera
As mentioned previously, the Dell Venue Pro makes it a snap to access the camera. Simply press and hold the dedicated camera button for about 3 seconds. The 5 megapixel camera also includes an LED flash with auto-focus. Auto-focus was very quick. Personally, I’m more of a point and shoot type, but the camera does offer an array of options including:

I’ve seen smatterings of complaints of blurry images, which are reportedly corrected in Mango with a new auto fix feature. Below are shots taken with the DVP running NoDo and as you’ll see, I’ve experienced some of the same problems. These were still objects and I used auto-focus. Still, the quality of the images is poor. I have heard this camera is the same hardware found in the iPhone 4, so this could be a software related issue. Given the recent firmware release and NoDo, Dell should have had these problems resolved. 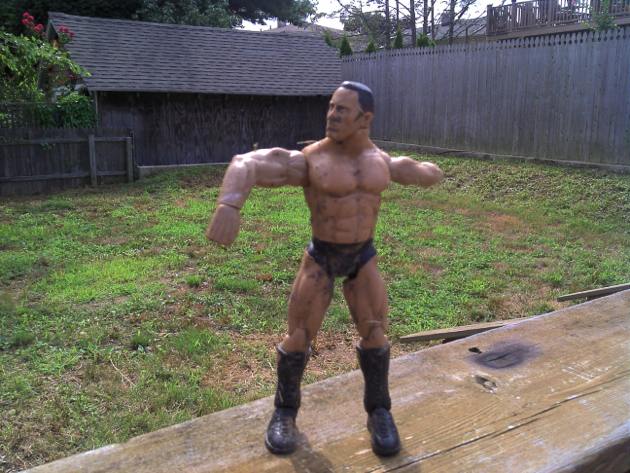 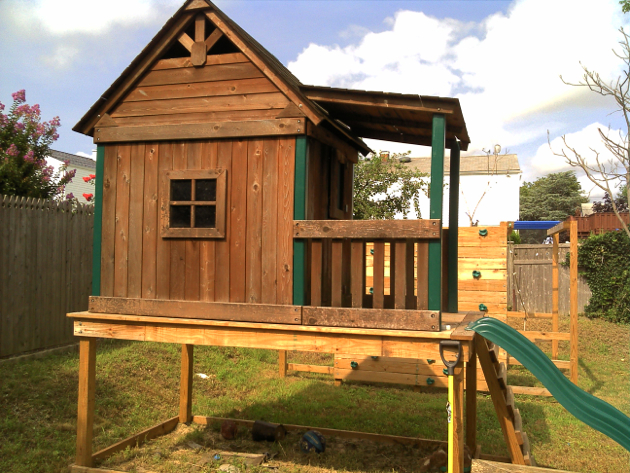 When it was initially announced, the Dell Venue Pro had all the trimmings of a flagship phone. With limited distribution through Dell’s website and limited to T-Mobile, there was a sense of mystery about the device. In the past few months, they have added a second model with support for AT&T bands, coupled with a $299 price tag for the unlocked model. The Dell Venue Pro benefits from a beautiful design constructed of high quality build materials that look as if they were from recycled Cylon parts. This is the phone you’d see in a James Bond movie, but wouldn’t actually be available for sale. The curved gorilla glass, rounded silver side pieces help make this phone stand out. In spite of it’s good looks, the Dell Venue Pro is the heaviest phone I’ve used, ever. If you can get past the weight and poor quality images, there is plenty to like, but that may be a lot to ask for most smartphone users. Those who enjoy the tactile response of a physical keyboard will be very happy with the spacious layout, yet they will not have to sacrifice anything when it comes to display size thanks to the vivid 4.1 inch AMOLED display. Windows Phone 7 operates smooth throughout and the forthcoming Mango update should result in improved usability and performance. The Dell Venue Pro is refreshing albeit flawed phone, but certainly worth consideration at the $299 price point.