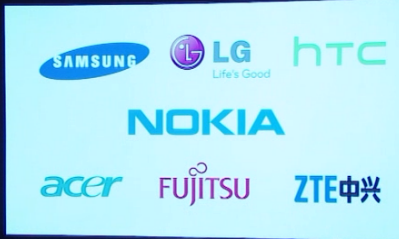 If you you watched the May 24th keynote, you didn’t miss the list of manufacturers set for Windows Phone, as of now. Those manufacturers include Samsung, LG, HTC, Acer, Fujitsu, Nokia, and ZTE. You would have also noticed that considering the Dell Venue Pro Windows Phone exists, Dell is missing. At first we wondered what was going on with Dell and Microsoft that it seemed Dell had backed out of Windows Phone manufacturing. There wasn’t even any mention of Dell during the keynote either, so it wasn’t simply missing from the presentation slides.

Engadget was first to take action on the matter. They contacted a Microsoft representative which simply stated they had no announcement and to stay tuned for information on Dell devices. Later, their article was updated to include that someone else from Microsoft responded to them about the absent Dell dilemma. Microsoft responded more professionally stating that Dell simply wasn’t ready to implement Mango in their devices. It seems either Dell doesn’t have the proper hardware (or lack thereof) to implement Mango with its release later this year, or they really are just taking it easy for now.

We can’t blame Dell if their reason is a recovery from poor Dell Venue Pro revenue, or something similar. Some of our own readers returned their Dell Venue Pro devices within a week of purchase, claiming it was too large and cumbersome.

Do you mind if Dell doesn’t have devices ready for the Mango release later this year? Let us know in the comments.