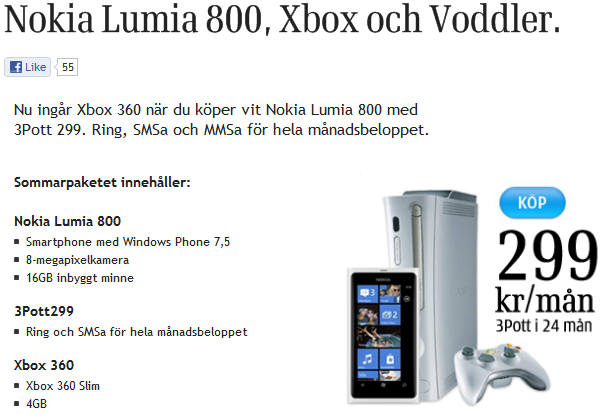 Following up with similar promotions, like the one from WIND Mobile, Swedish carrier 3 is now offering a Xbox 360 deal of its own.

If you purchase a Nokia Lumia 800 Windows Phone through the mobile operator 3, you will also receive a free 4 GB Xbox 360 console. This deal through 3 is part of their “Summer package” this year. To receive the free Xbox 360 console, your Lumia 800 purchase must be on a two-year contract which includes a 2 GB data plan as well.