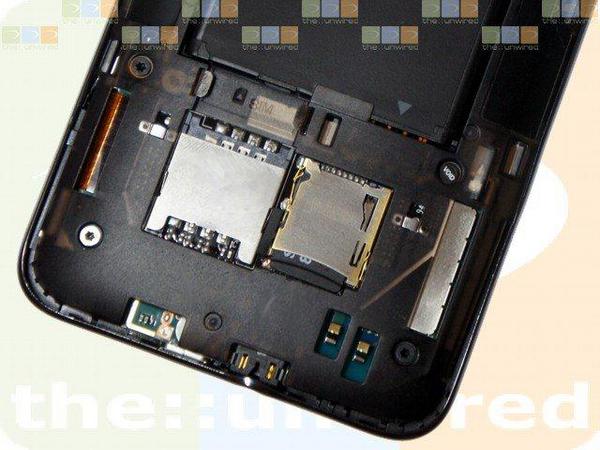 Arne Hess of The Unwired tweeted this shot showing the internals of his HTC HD7, which shows the device’s MicroSD slot. It’s our understanding that it’s possible to swap out an old microSD card for a newer, bigger one, but you have to perform a factory reset afterwards in order to let the phone use it.

So yes, it is user expandable, but you can’t just throw things on and off it. This is in keeping with what we heard prior to launch, though it’s not clear yet how well swapping in new memory works. Hess went on to say “also the HD7 will return an error message!” though it’s not clear what caused that, and if he did a factory reset or not.