Home > News > Check Out Some Of The First Marketplace Apps 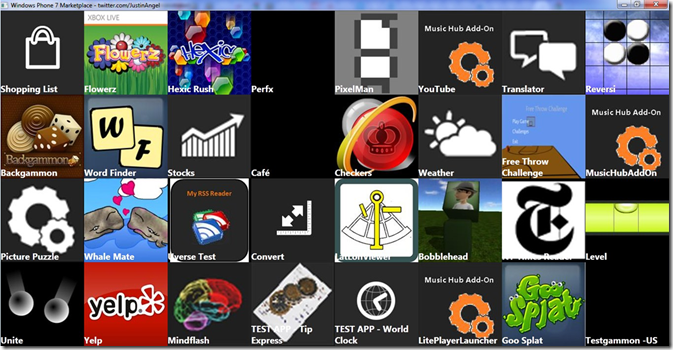 This is the first shot we’ve seen of apps on the Windows Phone 7 Marketplace, and a couple of things jump out: there’s a wide selection of board games, a New York Times app (I think that’s what the T is for), Yelp, Stocks, and a YouTube add-on for the MusicHub. Even though the phones won’t support Flash or HTML5 to begin with, you can at least watch videos of a cat on a skateboard.

But man, do these developers need to hire so graphic designers. Some of these icons are just really, really ugly. Maybe they’ll look better when they’re actually on the phone, but I wouldn’t count on it.