Those in the market for a cloud based storage application should be pleased to hear that Box has released an app for Windows Phone. The company is “betting” that Windows Phone will grab the the number three position among mobile operating systems and has put thrust behind support of the platform, along with support for the upcoming Windows 8 release. Matthew Self, vice president of platform engineering at Box, on his companies move to support Windows Phone. 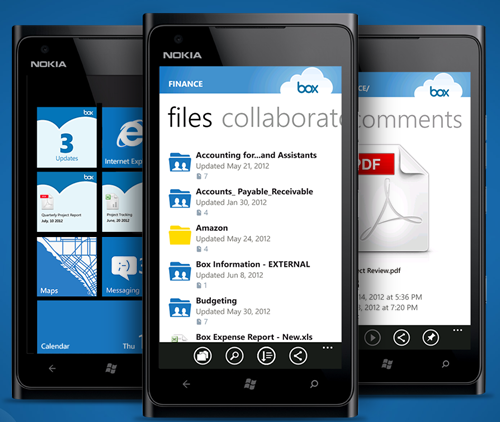 “Windows phone hasn’t shown the traction yet, but we get a lot of customer questions. Windows Phone is definitely No. 3 in terms of questions,” said Self. “And that may indicate potential for the future. We’re investing in Windows 8 too.”

Box is currently available on a number of platforms, notably iOS and Android. In the past, they made news offering 50GB of free storage to anyone who purchased an HP TouchPad. They expect to offer similar deals when Windows 8 is released this fall.