Now, don’t get all excited yet about the fact that you just read the title of this article and it refers to a 3D Xbox LIVE game on the Windows Phone.

Ubisoft just announced today that Babel Rising will be coming to the Xbox LIVE Arcade as Kinect-enabled on June 13, 2012. Alongside the announcement, it was also announced that the game will also make its way to the Windows Phone, although no information was given about the release date. Hopefully, the Windows Phone version will release on the same date, things are always better that way.

In Babel Rising you essentially focus on a single building, as you are the God of those building it, and may choose to deal with your builders as you wish. You will be rotating hundreds of times around said building, causing destruction and then some. Hence, the 3-dimensional effect of being able to rotate around this single building. Although we are assuming, we are sure that is the only reason the game is being referred to as “3D”.

Below are some screenshots and a trailer of the announced Kinect-enabled version of the game. You can expect very similar gameplay and graphics when the Windows Phone version releases. 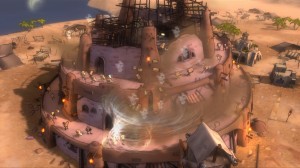 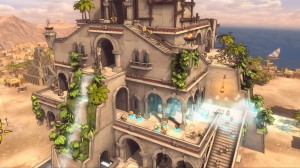 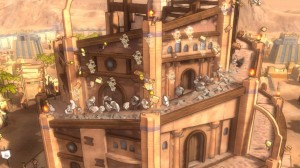