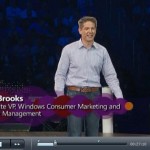 If you want to check out Brad Brook and Andy Lees’ Windows Phone 7 presentation that was made at the Microsoft Worldwide Partner Conference, it's now available to stream. It's an excellent overview of the major features they're pushing, and what you can hope to see with Window Phone 7. The level of integration within the services looks pretty damned cool, and we can't wait to … END_OF_DOCUMENT_TOKEN_TO_BE_REPLACED 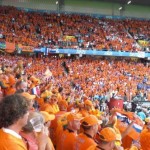 We already know that Windows Phone 7 will be available in English, French, Italian, German and Spanish, at launch, but what about other nations? A Dutch website was less than impressed by the lack of mention of the Netherlands, and wanted to know when they'd be getting the phone. In a surprising display of openness, Microsoft Netherlands responded, saying: "Windows 7 Phone … END_OF_DOCUMENT_TOKEN_TO_BE_REPLACED

During today's Microsoft Worldwide Partner Conference, a very cool new feature for Windows Phone 7 was announced: Windows Phone Live. This website would be divided into two areas, one which allows you to sync contacts, photos, calendars, OneNote files, and access 25GB of SkyDrive. This allows easy communication between your phone and any computer you happen to be on — yay for … END_OF_DOCUMENT_TOKEN_TO_BE_REPLACED