Motorola and AT&T have yet to announce the official release date of the Moto Q 9h, but several reader reports indicate sales of the new Moto Q 9h have started at local AT&T Wireless Stores. 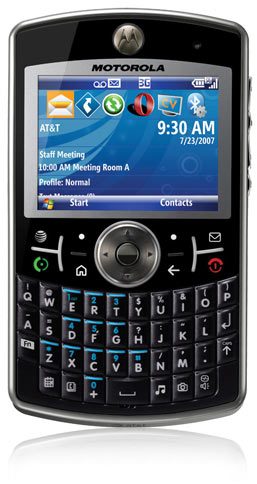 Reports say the official release date will be November 1st, but some stores have begun selling the device. Since the announcement of the GSM based Vodafone Q9h, many have speculated that AT&T Wireless would be the exclusive wireless carrier when the Moto Q 9h made it to the US. AT&T confirmed the Moto Q 9h back in September when they launched a teaser page in the business section of their website.

Stay tuned for complete coverage of the official announcement.