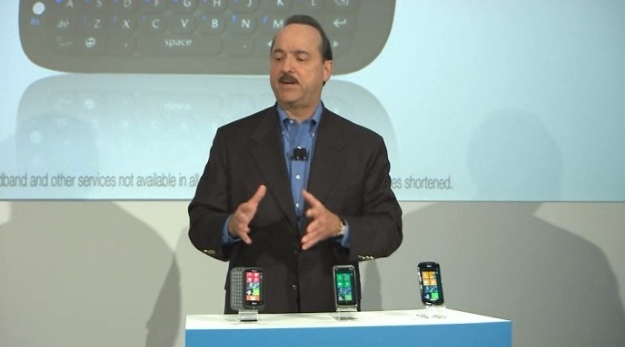 AT&T’s Ralph de la Vega got up to talk about AT&T’s closeness with Microsoft in being the primary launch partner for Windows Phone 7, selling 3 devices from November 8. All of them are going for $199.999, have a 1GHz processor, and 8GB storage.

The HTC Surround for media and gamers. 3.8-inch, 1GHz processor, 5MP camera, sliding Dolby headphones, kickstand on the back.

The Focus will launch on November 8, with the others “a few weeks later”

WP7 customers will be able to watch shows over AT&T U-Verse even if they don’t have the service normally at an undisclosed price. U-Verse is also coming to the XBox 360 soon.