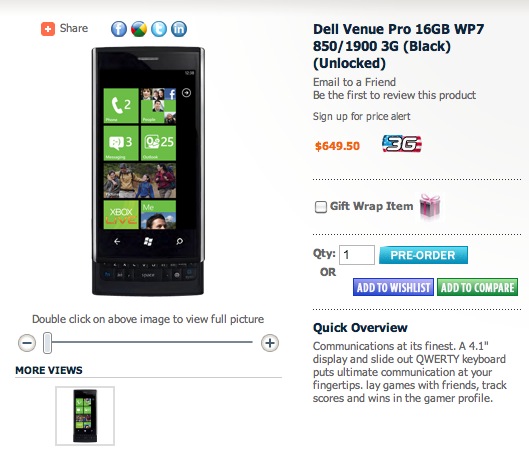 Remember how we reported that the incredibly sexy Dell Venue Pro is coming to AT&T? Well, it looks like that’s just around the corner. An online retailer has put up a version of the Venue Pro which is able to run on AT&T’s network.

It’s for pre-order and it’s not on contract, so it’ll set you back a whopping $650, and even then we don’t have any solid information about when it’s meant to be released. At this point, it could even just be a placeholder listing, and all the details could change in the future.

While we love the look of the Venue Pro, also keep in mind that it’s had a rather bug prone existence.