The popular racing franchise, Asphalt 5, finally makes its way on to the Windows Phone Marketplace with this week’s Xbox LIVE release. Featuring 12 locations to shred tires and 30 of the highest end cars to wield, Asphalt 5 promises to be a fun portable racing experience.

Asphalt 5 on the Windows Phone is published by Gameloft, as version 1.0.0.0, and a download size of 108 MB. Supported languages include the following: Deutsch, English, Español, Français, and Italiano. It is an Xbox LIVE title after all, so you can give the free trial a test drive (see what I did there?), and pay up the $2.99 for the full version.

Publisher’s Description
Get in, start up and punch it in the fastest dream cars ever created by some of the most prestigious manufacturers in the world.
Everything you’ve ever dreamed of doing behind the wheel is here on your phone.

Stop dreaming and get in!

THERE’S A DREAM CAR FOR YOU
Take a ride in over 30 of the fastest, most prestigious cars you’ve ever dreamed, from manufacturers like Ferrari, Lamborghini, Audi and Ducati.

THE WORLD IS YOUR RACETRACK
Highly polished HD graphics let you see every detail and animation of the track as you speed over snow, mud, dirt and more in 12 beautiful locations around the world including St. Tropez, Aspen and Las Vegas. Discover hidden shortcuts and jump off ramps! 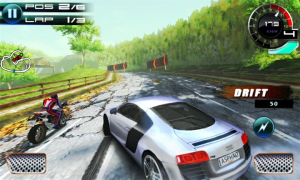 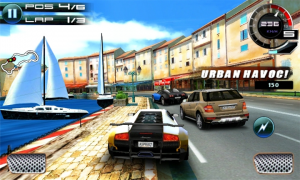 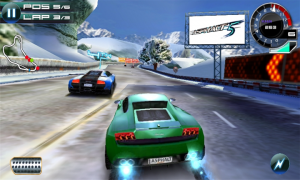