Have you played Angry Birds yet? The app is available for pretty much every mobile platform and it’s all kinds of awesome. Naturally, Microsoft would like to see Angry Birds for Windows Phone 7. So much so that it appears they put an icon somewhere on a Windows Phone 7 site highlighting apps. Not so fast says Rovio, the developer of Angry Birds. In a tweet, they said the icon is unauthorized and they have not committed to doing a Windows Phone 7 version, at least not yet. 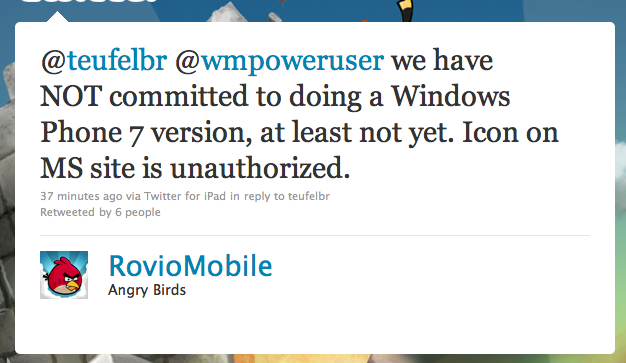