Home > HTC > And Now The HTC 7 Trophy Specs Kick In 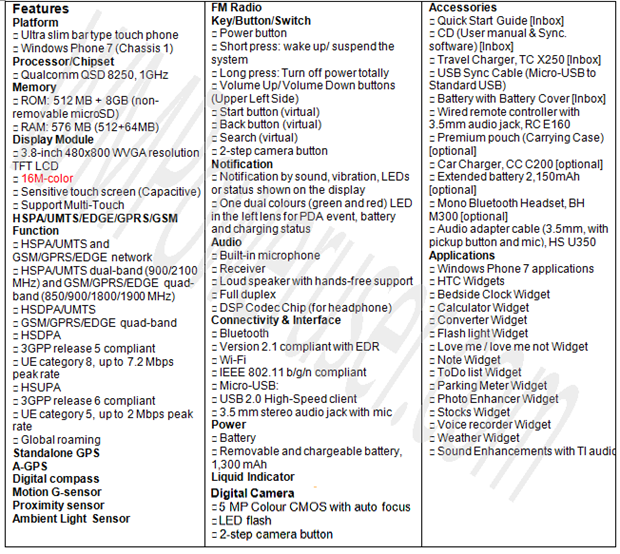 Just yesterday I was posting that I was bewildered by what handsets HTC’s producing, how they differ, and what are just different names for the same thing. Well, this helps clear things up a little, the full European specs for the HTC 7 Trophy, also known as the HTC Spark.

While it’s currently only shown to run on European networks, we hope that a US version is in the pipeline too.

The 8GB of storage is pretty underwhelming, especially as you can’t swap it out.