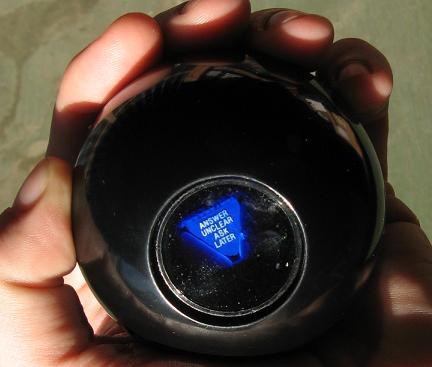 Analyst Eightball is a semi-regular feature, where we feature comments by an industry analyst, and we note that they’re about as accurate as consulting a magic eightball.

Will this be right? I’m not one to take the words of analysts too seriously, as you can no doubt guess, but the competition is pretty fierce right now. That’s still a pretty high percentage of Symbian users, though, so I’d be surprised if they retained that much power.