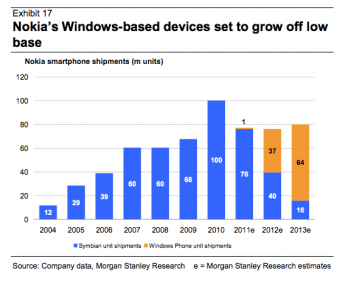 Those numbers are for Nokia alone. When you take into account HTC sales, they see the number reaching 43 million and that doesn’t account for sales of Samsung Windows Phone sales.

These are extremely lofty numbers, even with the planned increase in marketing dollars. According to Steven Elop, Nokia does have plans to aggressively pursue the low-cost handset market, which could certainly help move a large number of units.